Air compressors can either be a single or two-stage, the main difference between these two types would be the number of times the air is compressed. But, there are some other significant differences that we'll discuss below.

The differences between the types of air compressors is important to understand. These differences could be a defining factor in your choice.

Below, we'll detail the various features, pros, and cons of both the single-stage and dual-stage air compressor. Ultimately concluding what type is better.

What is a Single Stage Air Compressor?

In a concise answer, a single-stage air compressor is when air is pressurized once through the compressor's piston. These compressors are cheaper, weigh less, and use less electricity. 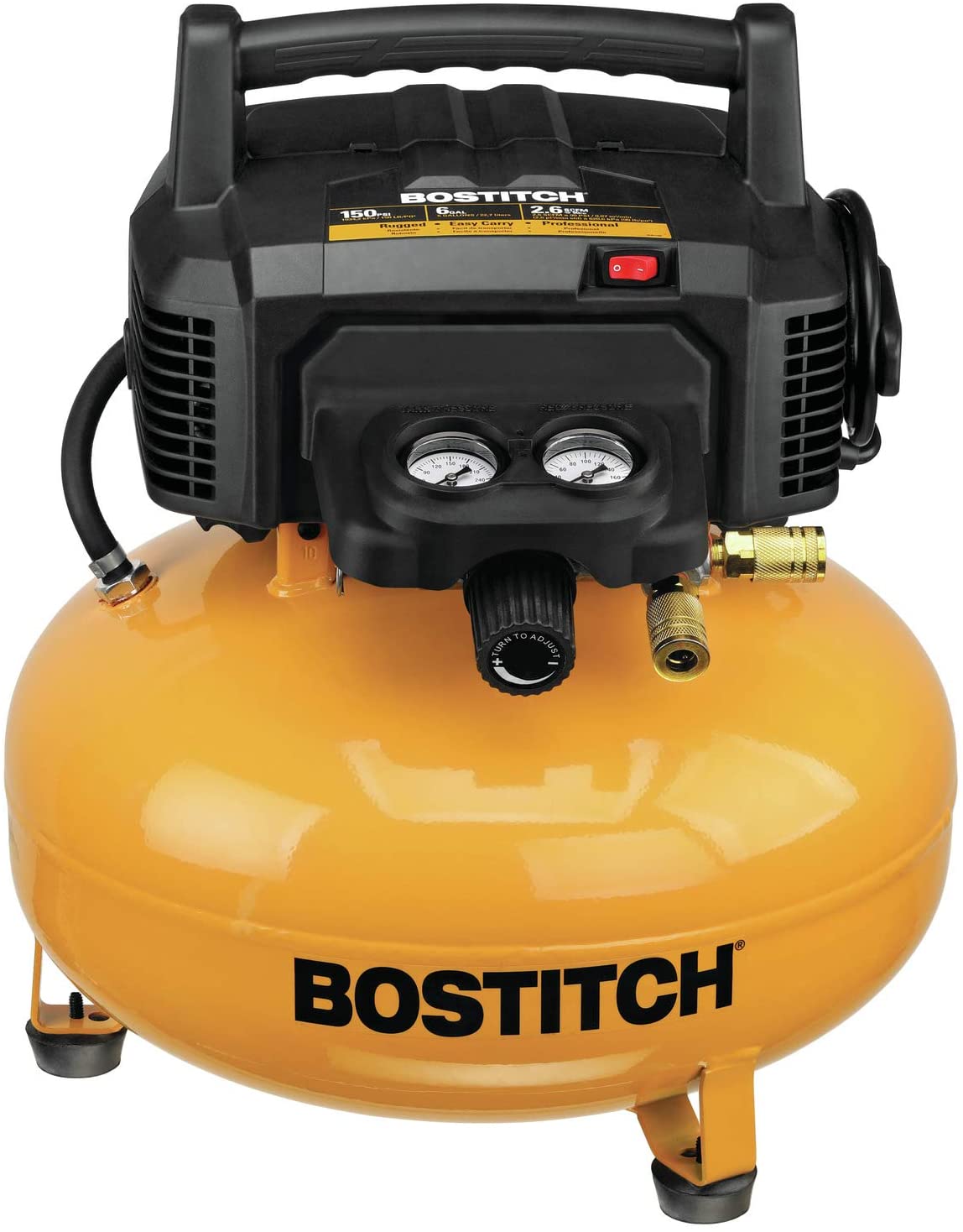 Like with all important decisions, it's always easier to weigh up the pros and cons before making the final decision.

Single-stage air compressors are lightweight. They're designed to operate smaller tools and be portable so they can be moved around construction sites. They also don't hold as many internal components to produce more PSI, like the dual-stage compressor. In turn, this makes them a lot lighter.

Single stage air compressors can also be stored in smaller spaces as they're not as bulky as a dual-stage compressor. They don't need to include as much as they're only used for small tasks.

As you're not getting the same power output as a dual-stage, single-stage air compressors are far cheaper. This option is a lot more economical if you're looking to occasionally use the compressor on small tasks.

When Would a Single Stage Air Compressor Come in Handy?

DIY can mean a few different things; it can mean sanding down and painting old furniture or changing your home's flooring. A single-stage air compressor can get these tasks completed in half the time and effort compared to manually. They're also handy in the sense that they're a lot smaller and can be stored in standard garages. 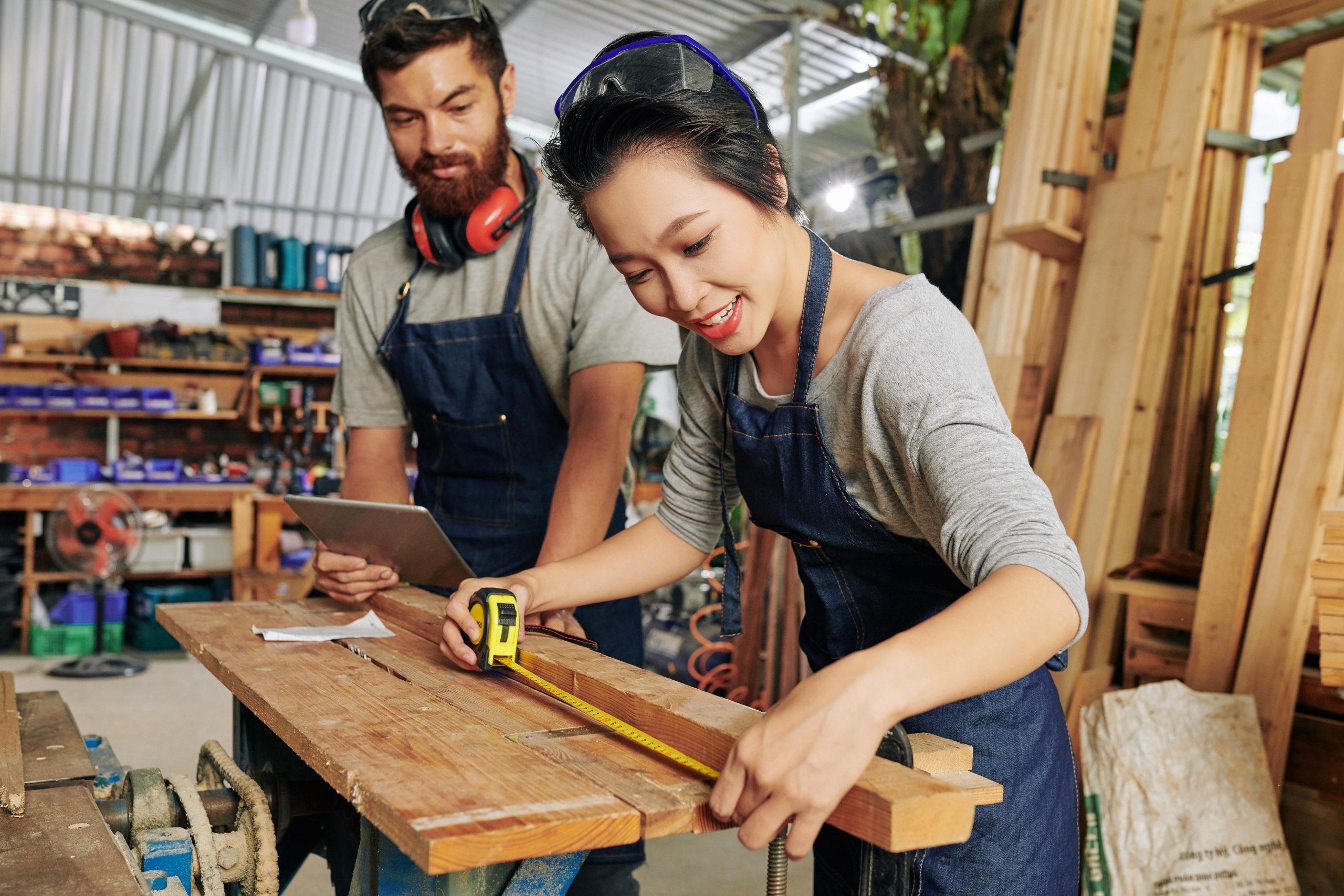 Chores Around The House

Another common use for a single-stage air compressor would be on construction sites for small tasks such as roofing or nailing. Standard construction tools don't require as much CFM or PSI to operate. The slim build and lightweight nature allow these air compressors to be moved around whenever necessary without hassle.

What is a 2 Stage Air Compressor?

A two-stage air compressor is when air passes through the piston to be pressurized the first time; it's then cooled and pressurized a second time to increase the PSI level.

The high-pressure air allows the user to operate higher grade tools that require more pressure, such as a grease gun requiring upwards of 150 PSI, or a sandblaster at around 125 PSI.

Pros and Cons of a 2 Stage Air Compressor

Between the first and second compression of air, the air is cooled. This decreases the temperature, limiting the chances of overheating. Whereas the single-stage compressor doesn't have that ability, therefore overheats more often.

You Can Operate More Tools

Because of the larger PSI capacity, your compressor can operate higher grade or industrial tools. These tools can also run for a longer continuous period. This means tasks such as spray painting or sandblasting are far easier to carry out.

Two-stage air compressors are, on average, heavier than their counterpart. Therefore, most manufacturers include wheels to allow users to transport them easier; they're a handy asset. These types of air compressors are used throughout construction sites.

As these air compressors have more components, they tend to be bulky and, therefore, harder to store. This would be hard for many households to find storage space to store them safely.

The majority might have wheels to help you move them around, but they're still hard to lift upstairs due to the weight. If you do have a two-stage compressor and plan on using it on multi-story construction projects, ensure you have enough hosing to avoid carrying it from the ground floor.

When Would a 2 Stage Air Compressor Come in Handy?

The two-stage compressor does what the single-stage can't do. It operates both small and industrial tools regularly used, such as a grease gun, sandblaster, and larger sizes of framing nailers, to name just a few.

A two-stage compressor would be an excellent fit for a mechanics workshop, for tools such as orbital sanders, impact wrenches, and spray guns which require higher PSI and CFM rates. They're also suited to this environment as they'll not need to be moved around, eliminating the weight problem. 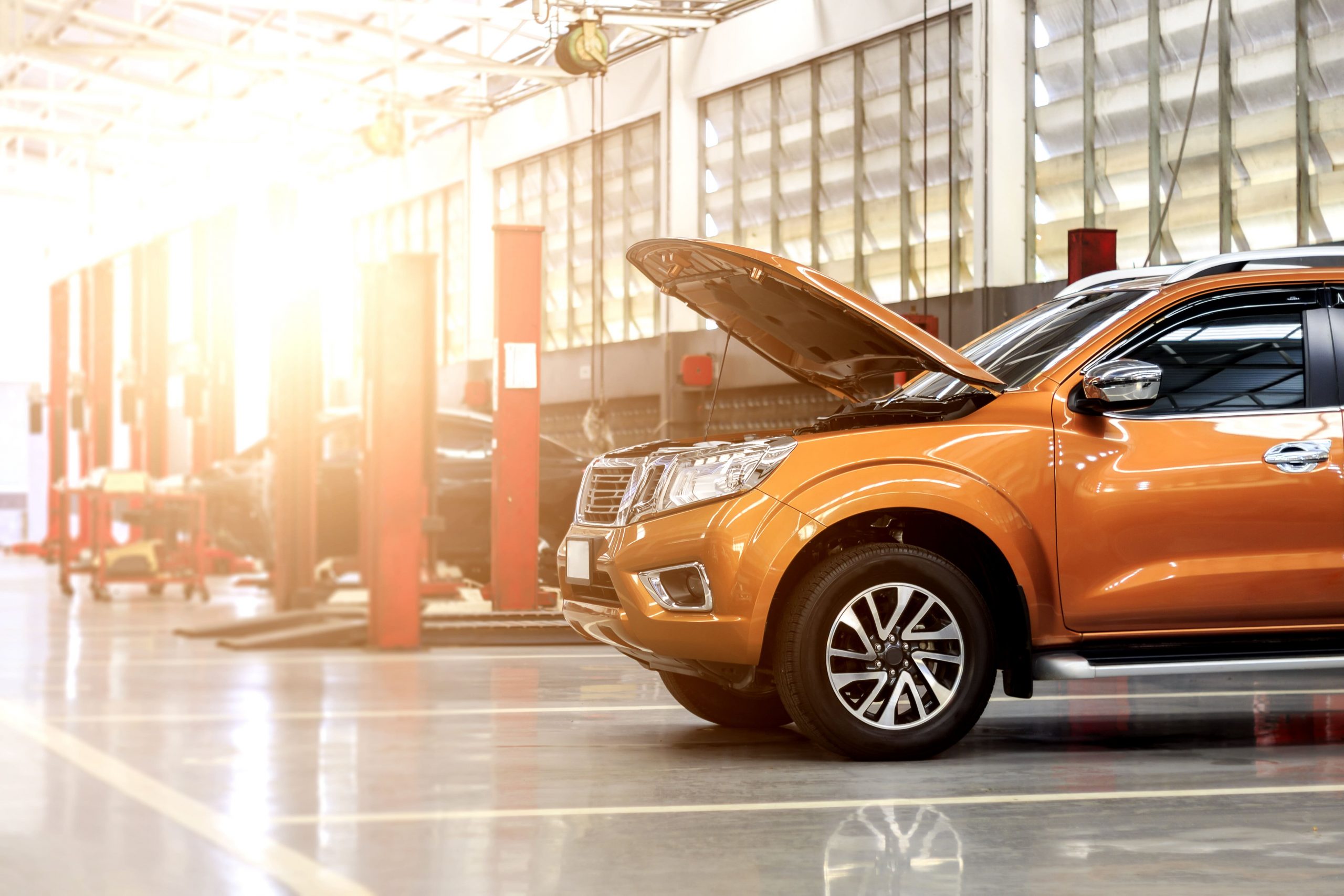 DIY projects are more demanding than the occasional chore as they usually require longer runtimes and pressure, something a two-stage compressor can offer. Tools standard in DIY like specific sanders and spray guns all need higher PSI and CFM to run without stopping and refilling constantly.

Which is Better: Two-Stage vs Single Stage Air Compressor?

However, they are hard to store and heavy. Answering the question of what is better is quite challenging as it depends on how you plan on using the compressor. Single-stage compressors are great for occasional small work such as DIY or chores, whereas two-stage compressors are more effective in larger construction tasks, workshops, and DIY work.

Hold up, are you interested in other topics related to air compressors? If so, these might be something to check out: 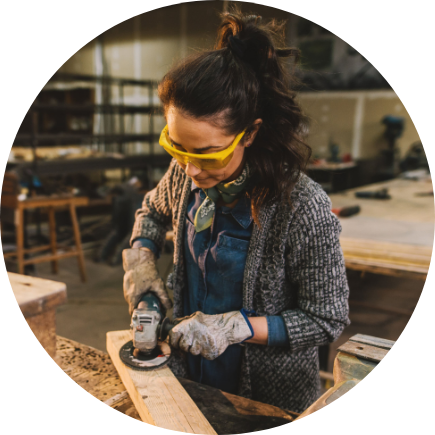 Hi, I’m Nora. My passion for DIY lead me to Tool Tango about a year ago and I quickly learned just how much I enjoyed putting pen to paper (figuratively speaking) in the form of an article. When I’m not here, you can certainly find me in my garden or on my deck enjoying a glass of wine, weather permitting, of course.