To truly understand how your chainsaw works, you'll need to know how each chainsaw part works.

The article below lists each chainsaw part and includes what it does and how it affects other parts of the chainsaw.

Parts of a Chainsaw (A-Z)

The chainsaw air filter protects the combustion chamber and piston seals from particles that without the filter would erode them. It's important to regularly clean and occasionally change over your air filter. 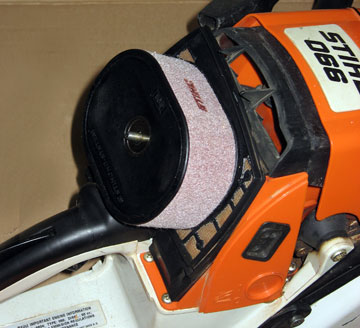 The chainsaw bar holds the chain in place for you to cut wood. To find the correct chainsaw chain size, you'll need to measure the bar, which can come in various sizes.

Bucking spikes allow the user to stabilize the chainsaw against a tree; if you've got a heavy chainsaw, they're mainly used to relieve the user of fatigue. 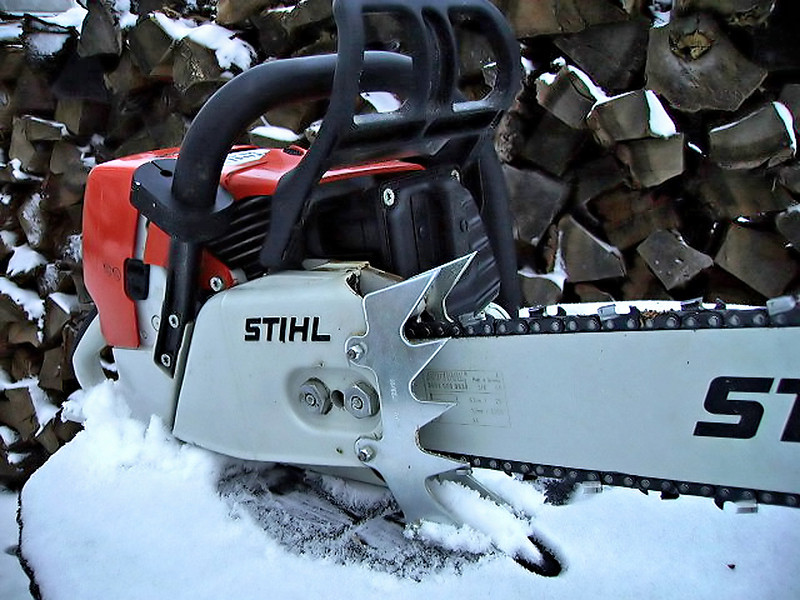 The carb of a chainsaw is one of the most essential parts. The carburetor's job is to control the (small) amount of fuel that is mixed in with the air entering the engine.

The chain is what cuts the wood; you must place it the correct way; otherwise, it won't cut the wood. There are various parts to the chain, including; the drive link; rivets; tie strap, and cutter. 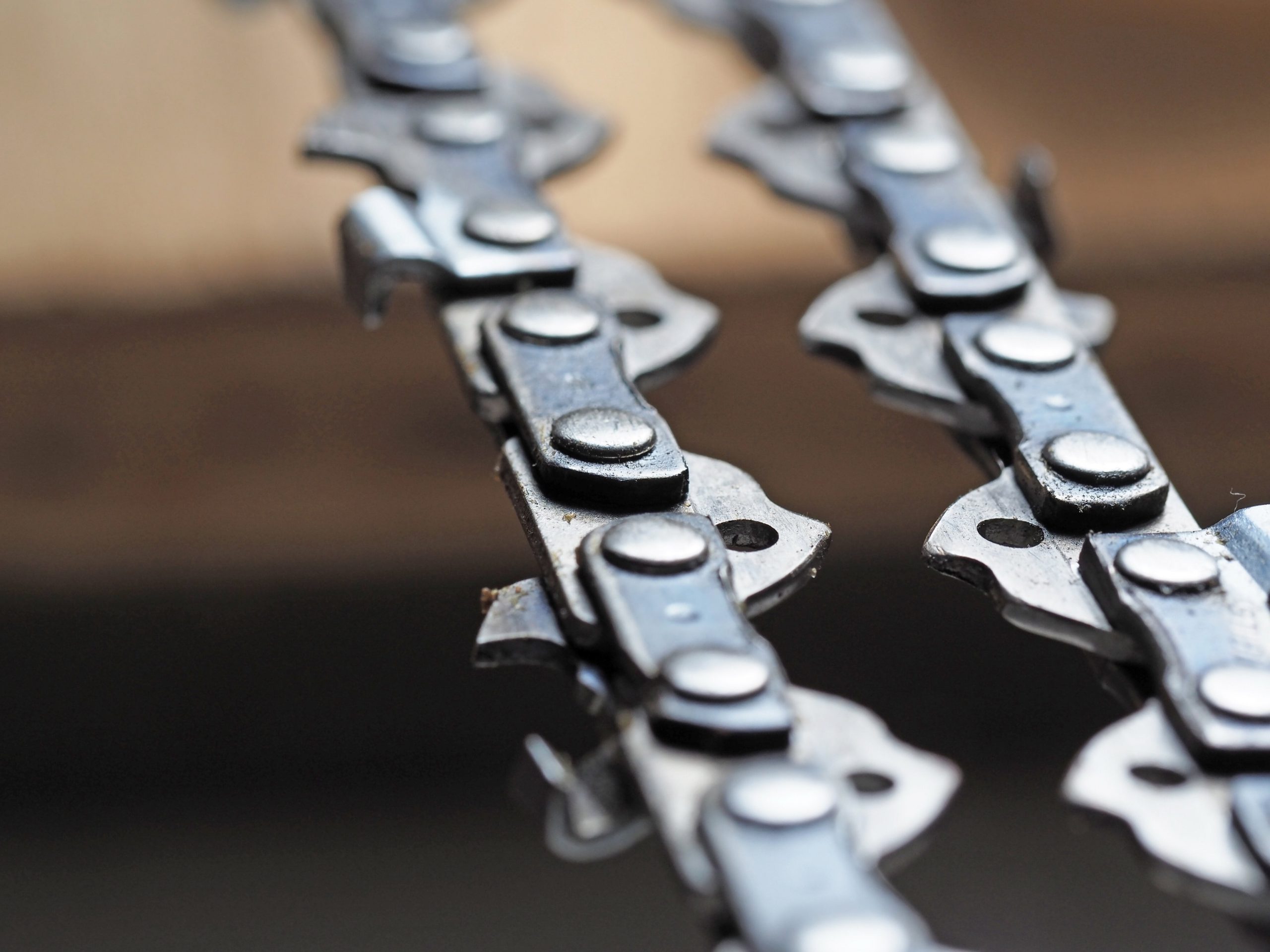 They simply catch the chain when it either derails or breaks to protect the user. If your chain catcher is worn out, it can be replaced. 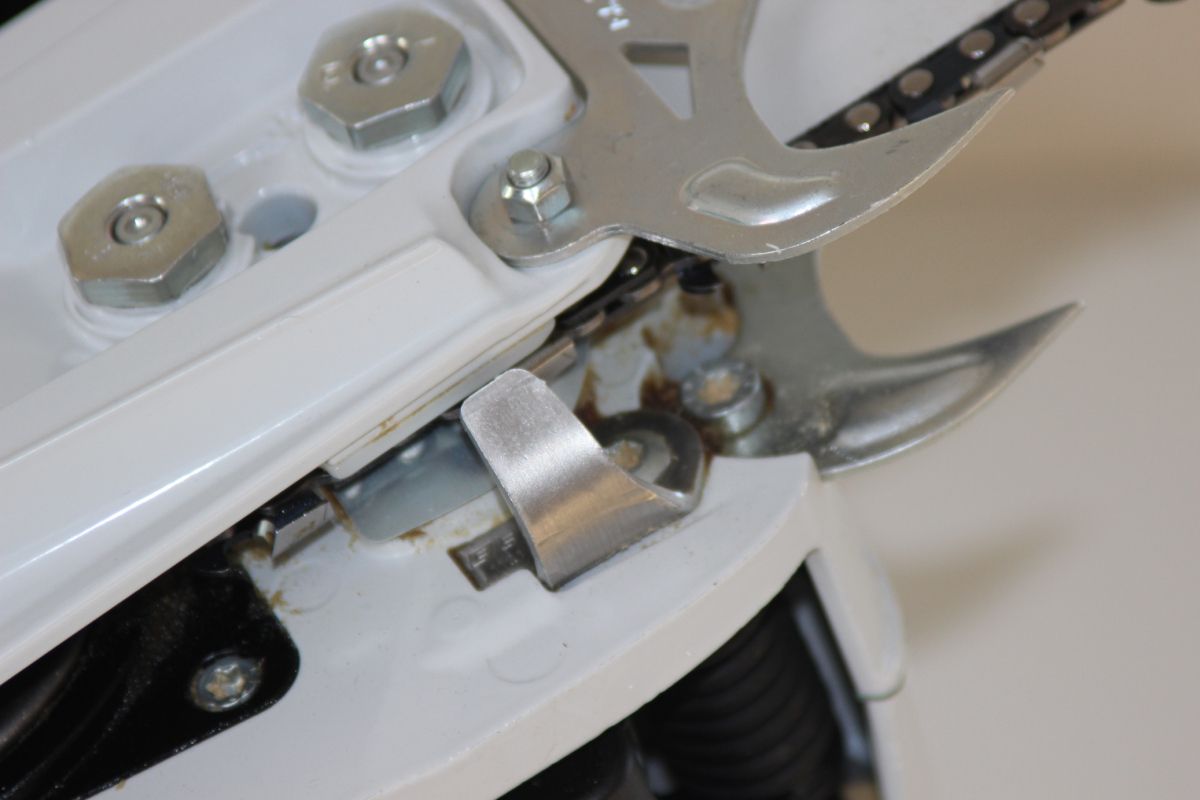 The choke position is used when the engine is cold; the choke setting will increase fuel flow and decrease the amount of air. 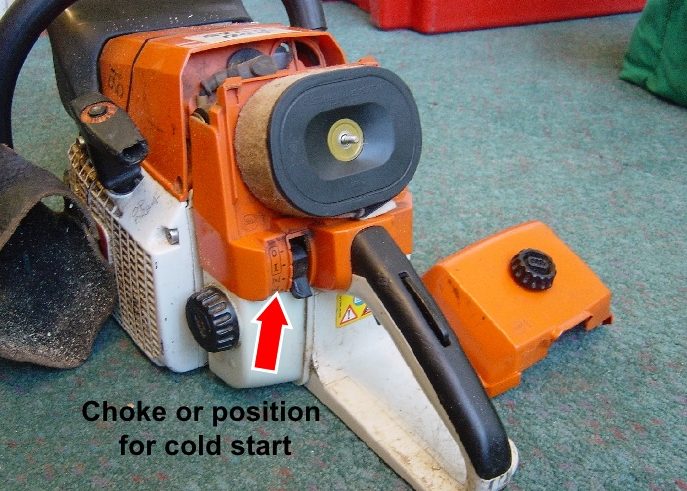 A decompression valve has just one use, and that's to release some of the compressed air in the combustion chamber. It releases when you're pulling on the rope as you're trying to start the engine up. 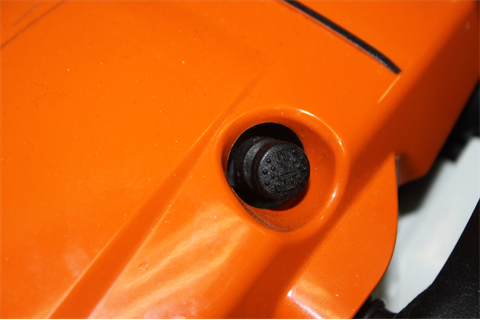 There are usually two main types of chainsaw engines, including a two-stroke gasoline combustion engine or an electric motor powered by a battery or power cord. 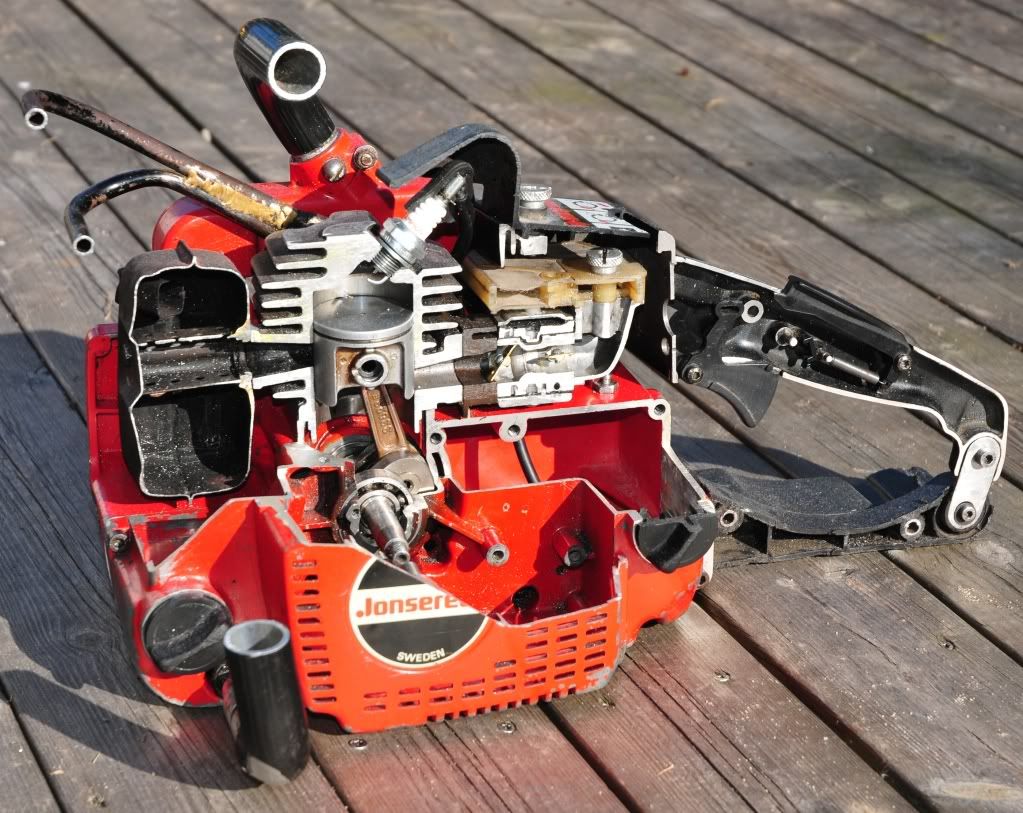 Your exhaust is important to regulate heat and fumes that are created by the chainsaw. It's important to store out of the way of any debris as the exhaust can get clogged and unable to regulate fumes and heat. 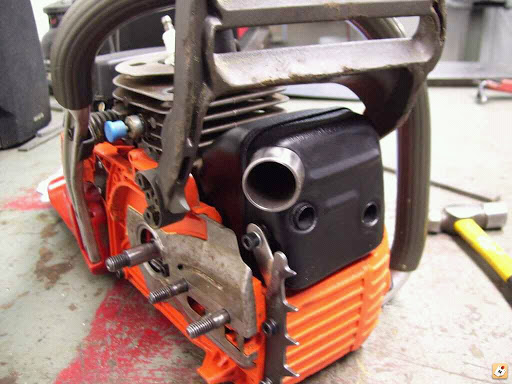 The fuel filter on your chainsaw connects the fuel pipe to the engine and helps catch any dirt or outside particles. The particles could damage your engine; over time, they'll need to be replaced, but this can be done easily. 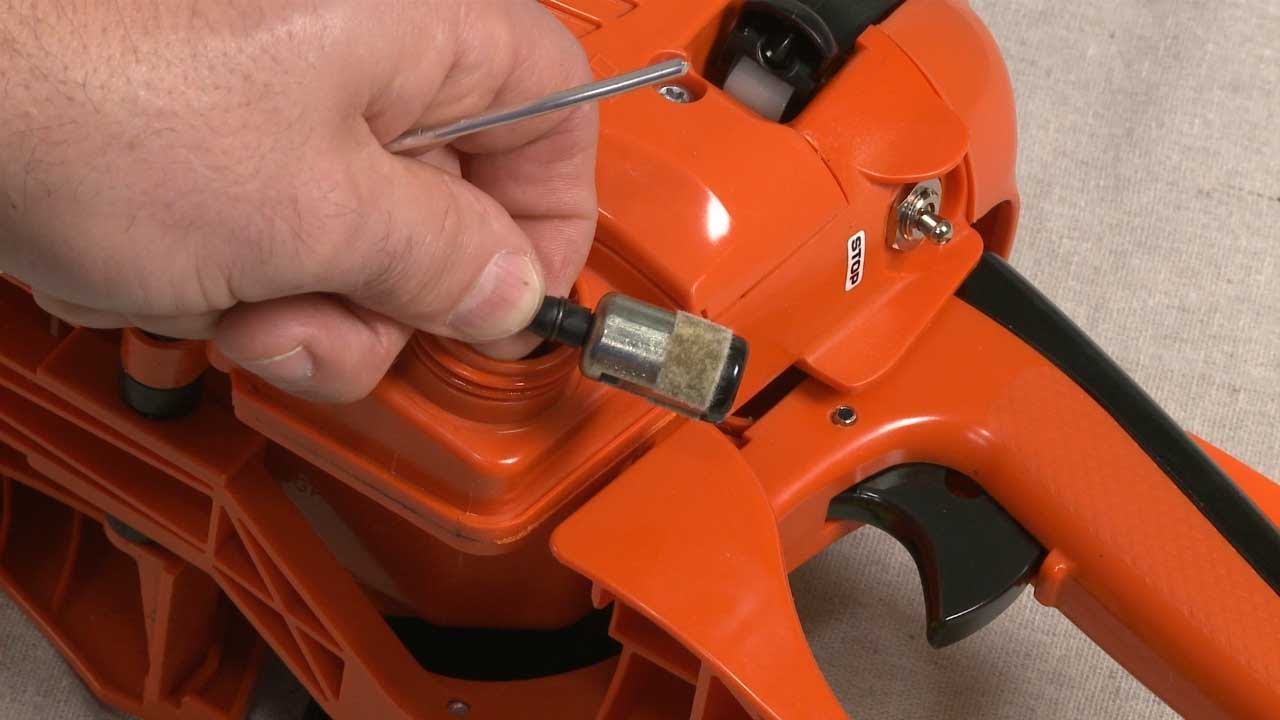 The main purpose of your flywheel is to store the momentum of the initial combustion, which in turn keeps the crankshaft turning between each power stroke. Flywheels in modern chainsaws have other purposes like keeping the engine cool. 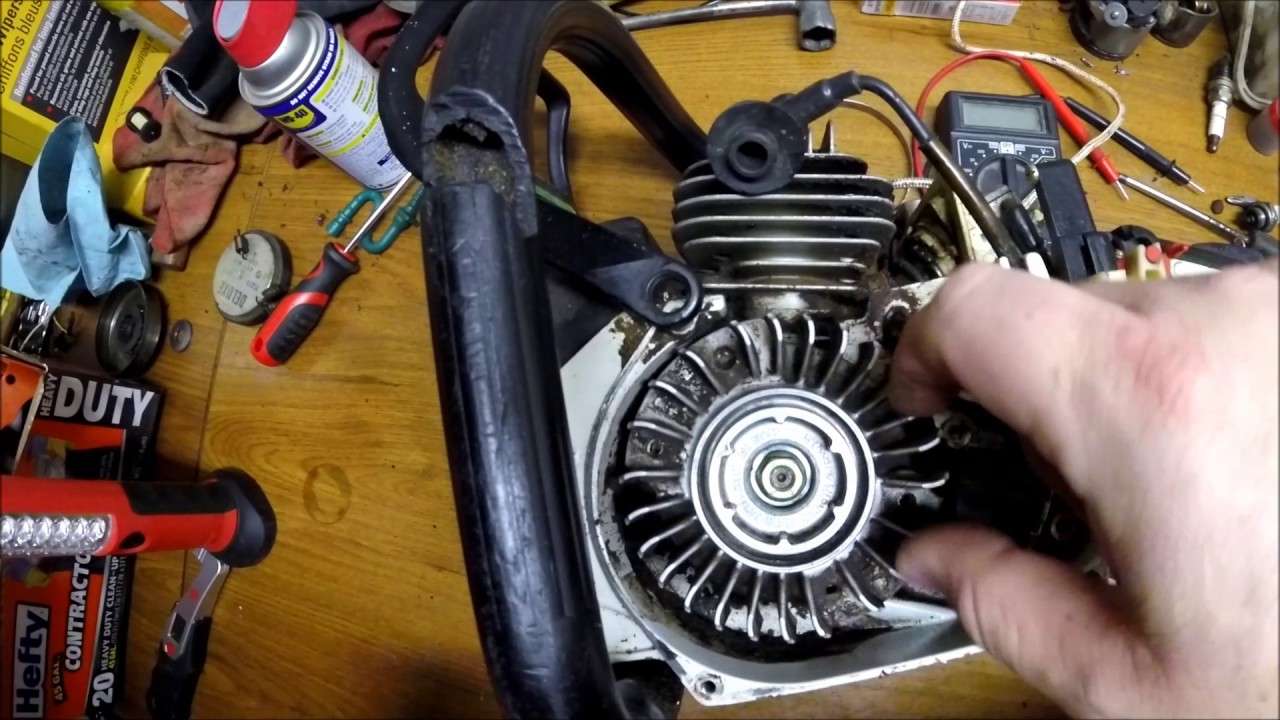 A typical chainsaw fuel tank will hold between 0.5 and 1 liter of fuel to keep the weight down. The fuel tank hold the gas (for non-electric models). 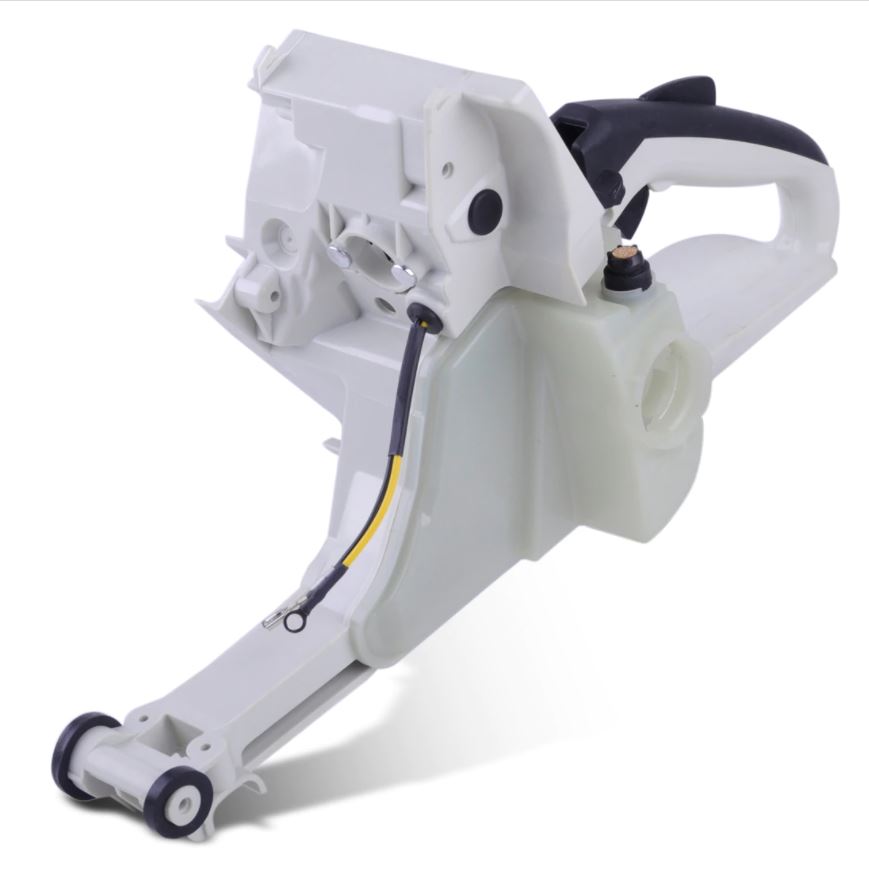 The handguard protects the user mainly from flying debris during operation. However, it also protects from kickback as a manual chain brake as it stops the chain from spinning when a kickback occurs. 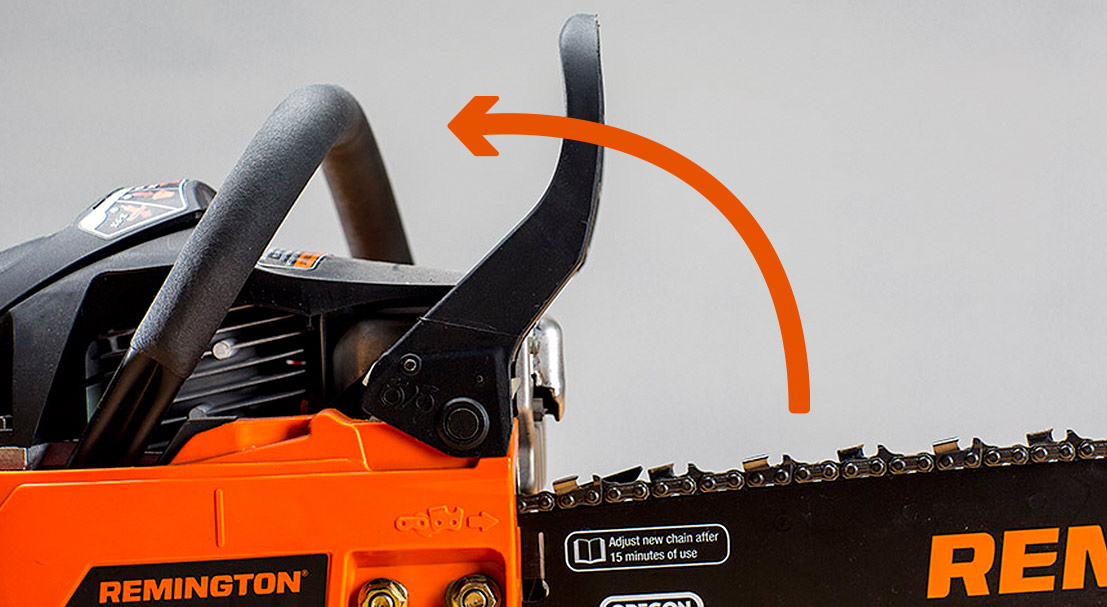 The lubricant tank stores the bar and chain oil, which reduces friction and heat caused by metal parts rubbing off each other. Because these parts create such large amounts of friction, it's important you keep the tank at a suitable level. 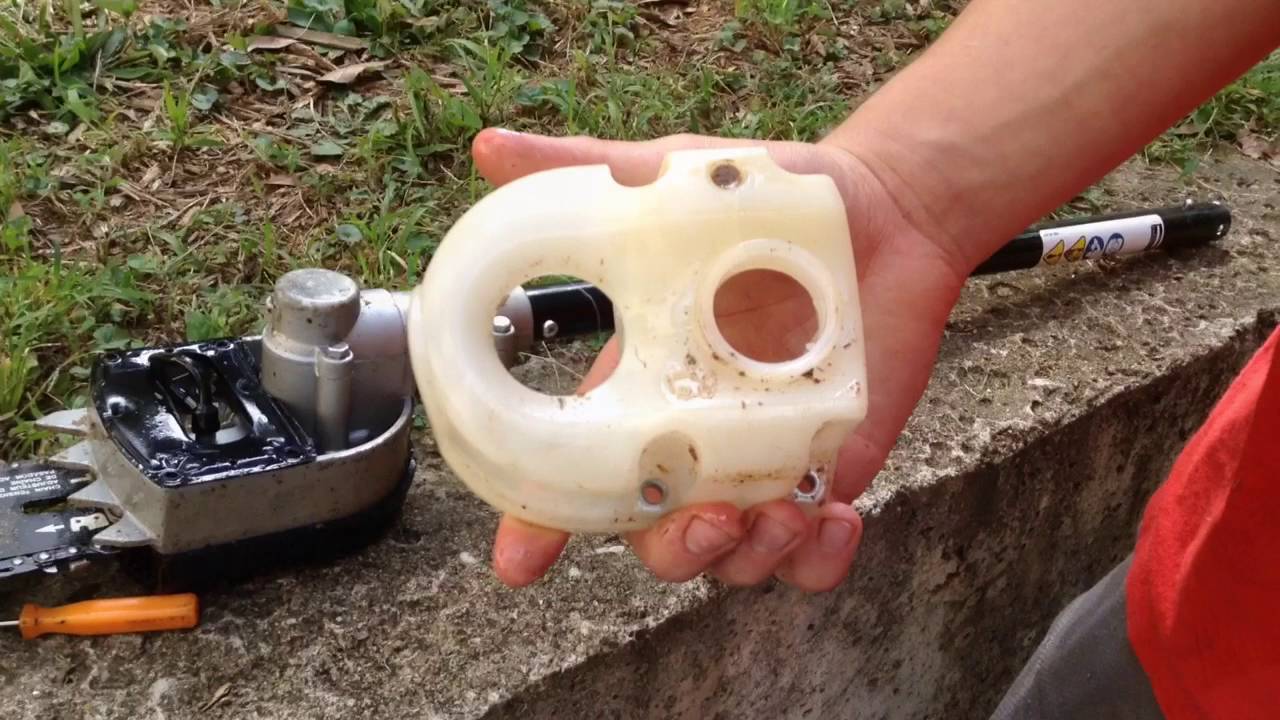 A manual fuel pump reduces the number of pulls required to start the chainsaw. The user simply presses the primer bulb a few times before the first pull; by pressing the bulb, it fills the carburetor with fuel, which means there's fuel immediately available to ignite.

The muffler simply silences the noise created by the chainsaw engine. It's beneficial to the environment around you as well as your ears to keep the muffler on. If you did remove the muffler, it'd just make the chainsaw louder. 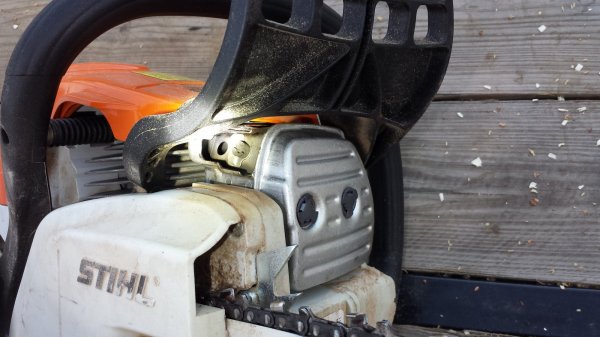 This part of the chainsaw is located at the chainsaw bar's tip; the nose allows the chain to move between its teeth in a fixed place. Lubrication is required to reduce any friction damage, resulting in a broken chain due to seizing.

The primer bulb sucks fuel into the carburetor and cylinders, which in turn start the engine. They allow the crankcase to collect enough fuel to ignite. 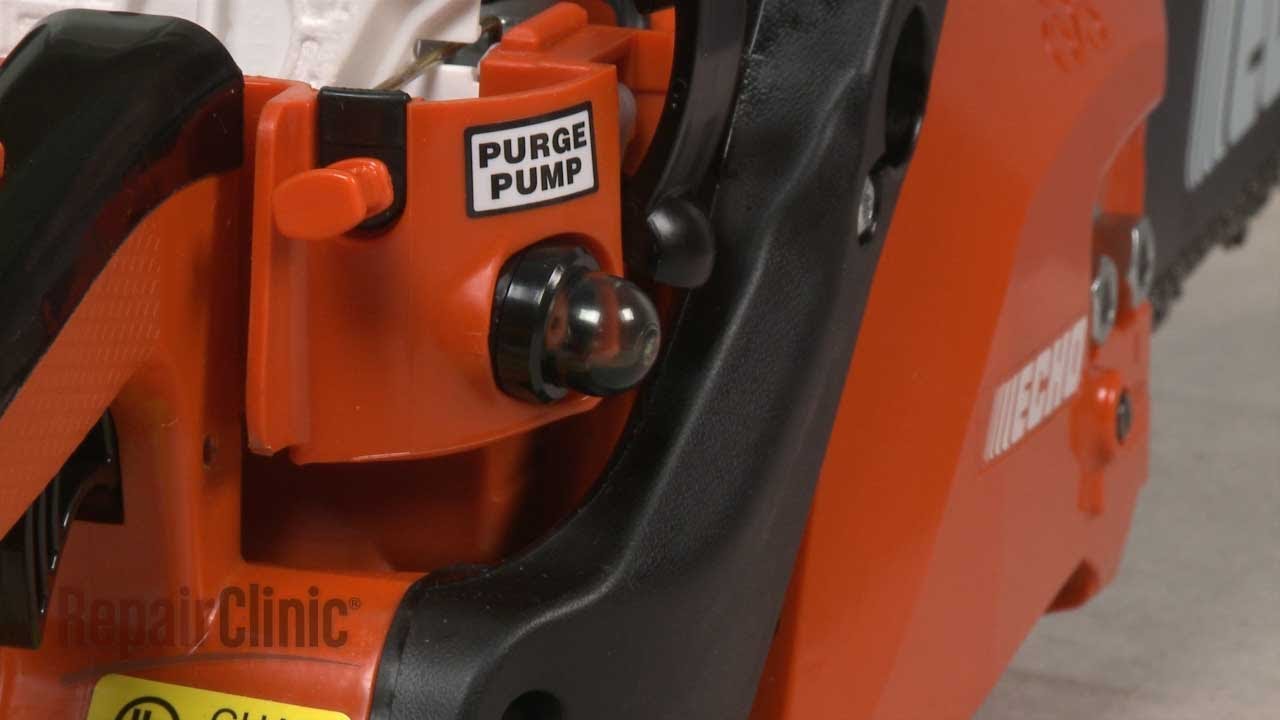 The pull cord is what you'd pull to start the engine; when you pull it with speed, it'll turn the engine, and eventually, the combustion will take place, and it'll be ready to go. It's simply made from some rope and a plastic handle. 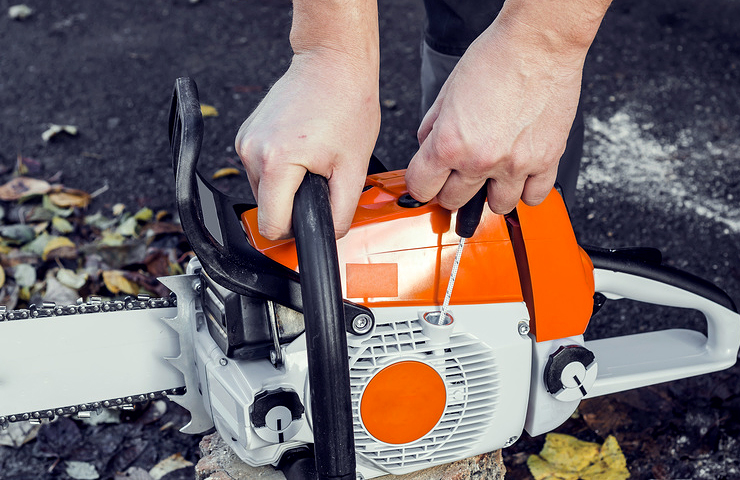 The spark arrestor's main job is to prevent any large particles like wood chips, dirt, and rocks from flying out of the chainsaw. The spark arrestor can be found inside the muffler and is a mesh-like design. 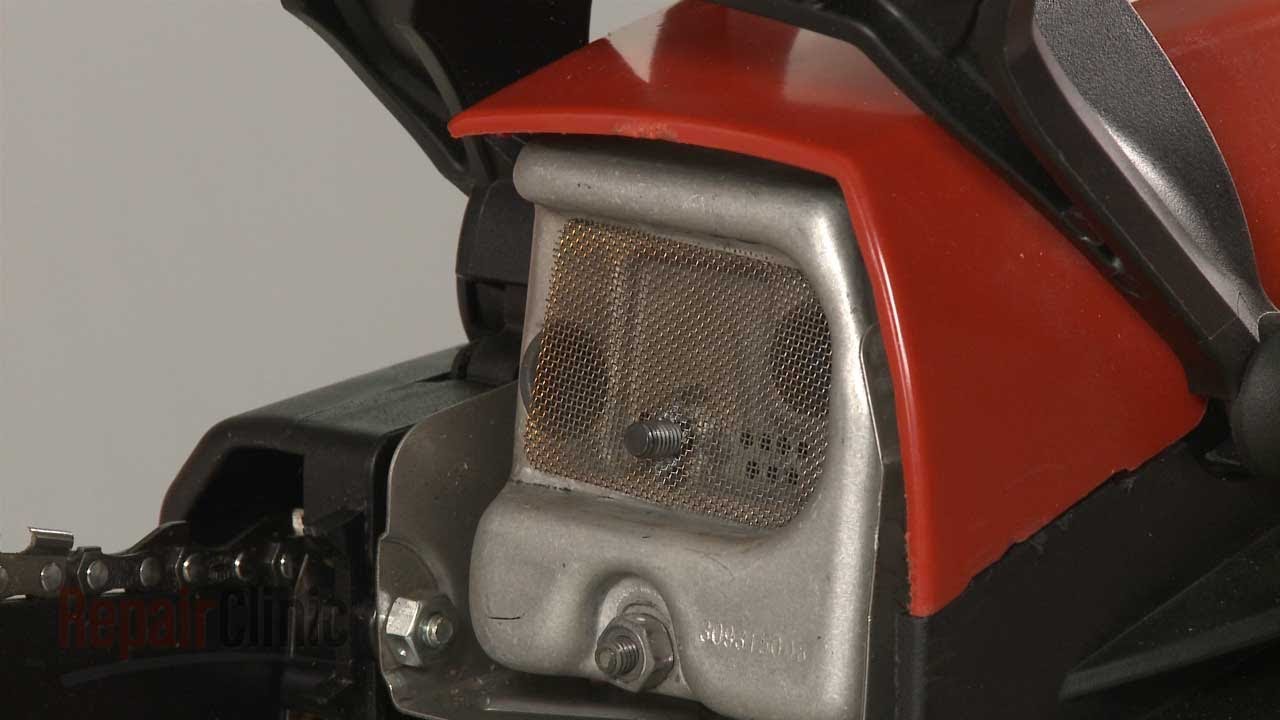 Just like a car, your spark plug is used to ignite the fuel in the engine. Just like other parts of your chainsaw, it'll require occasional maintenance and be replaced when worn out. 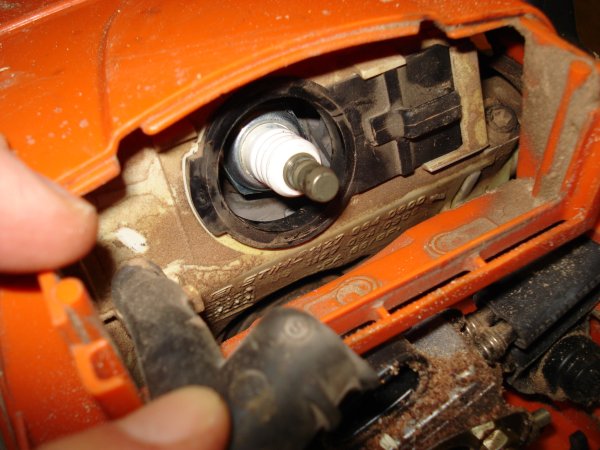 The summer/winter adjuster controls the airflow to and from the engine; the summer option pulls cool air from the outside, as the inside of the machine is too hot. In the winter, you'll want the other option as this reuses the hot air created inside the machine to keep the parts from freezing. 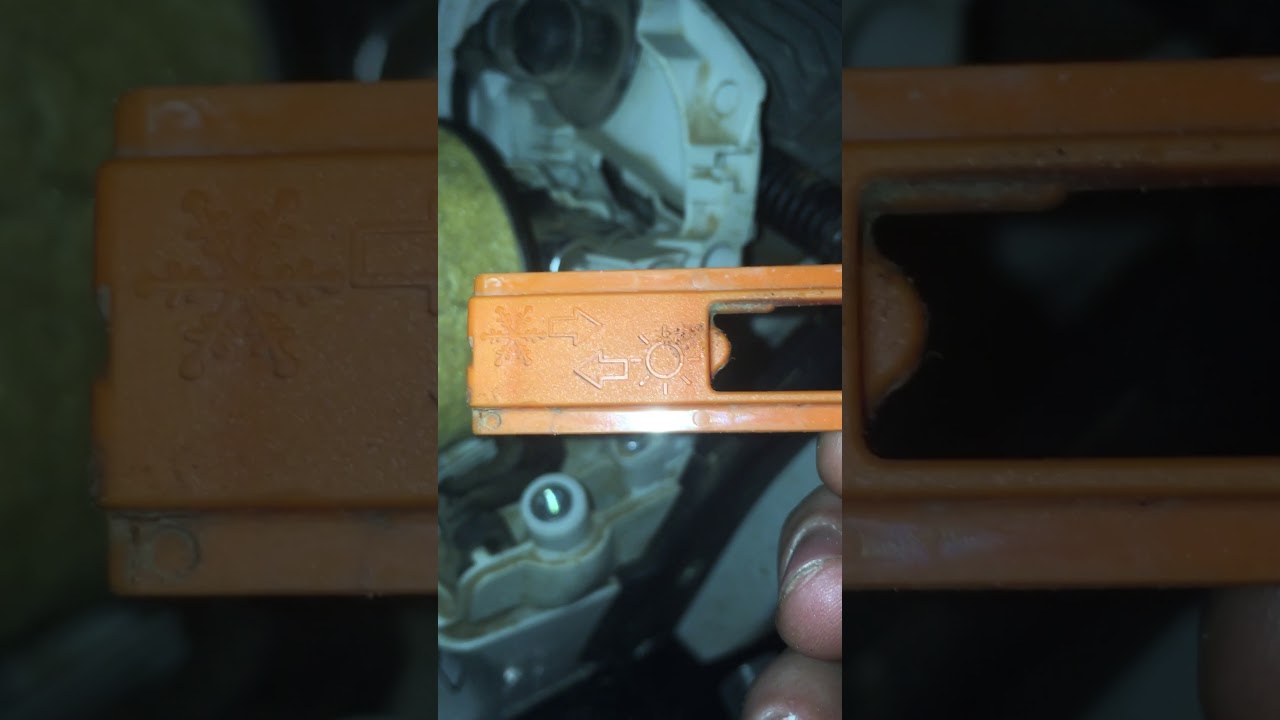 Your chainsaw's tension is important as you can't have it too loose as this increases the chance of kickback; too tight can damage the bar. You can adjust the tension by screwing the tensioner either clockwise to tighten or counterclockwise to loosen. 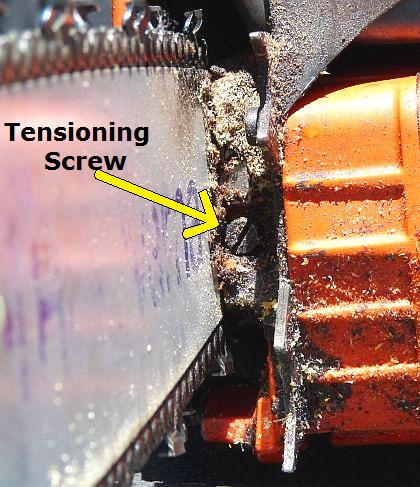 The throttle can be found on the inside of the chainsaw handle; it looks like a trigger and controls the chainsaw's rate. The throttle allows the user to regulate the fuel amount that enters the engine, which then determines the speed. 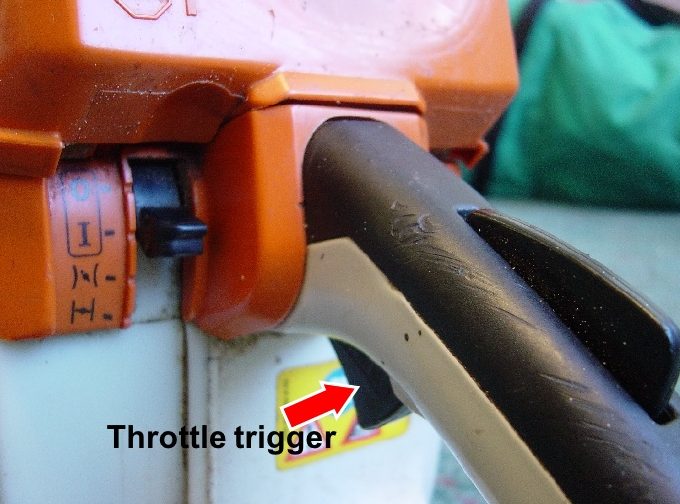 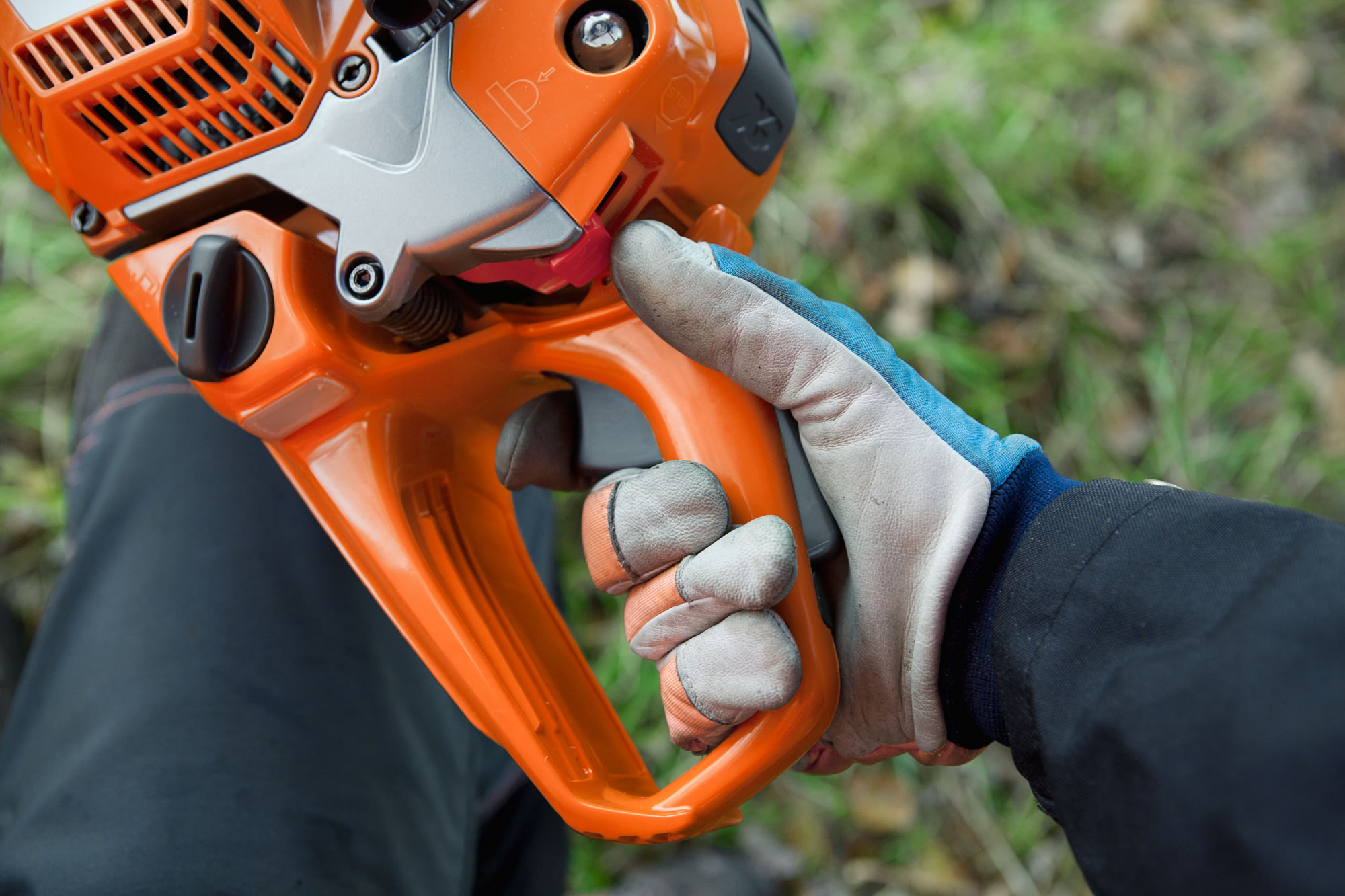 There are many parts to a chainsaw, and if you're planning on maintaining it over time, it's important that you fully understand the inner and outer workings. Therefore, the above information will help you get to grips with your chainsaw.