What is a Worm Drive Circular Saw?

The defining feature of a worm drive saw is the motor mechanism it uses is placed differently compared to your standard circular saw.

In the article below, we'll discuss in more detail what a worm drive circular saw is and its key features.

What is a Worm Drive Circular Saw?

Let's chat more about what a worm drive saw is and how it works. Take a look at the section below for a greater understanding.

How Does The Mechanism Work?

The motor of your worm drive saw sits directly behind your blade, making the design of your saw slim and compact.

This narrow design allows the user to make cuts successfully without requiring large areas of space on either end.

The motor also isn't connected directly to the blade; it uses the worm drive as a connection between the blade and motor.

What Is The Power Capacity?

Both RPM and torque power of your worm drive are important to look at when understanding the power behind the saw. Your average worm drive saw will provide up to 4500 RPM and a high torque rate.

This higher torque rate will allow the user to cut through thicker material usually found in industrial projects/environments. This is due to the threaded worm drive running down the shaft of the blade's arbor, ultimately making the torque faster.

What is a Worm Drive Circular Saw Used For?

When working with a worm drive saw, there's only one reason to use it, and that would be when cutting through thick, dense materials. 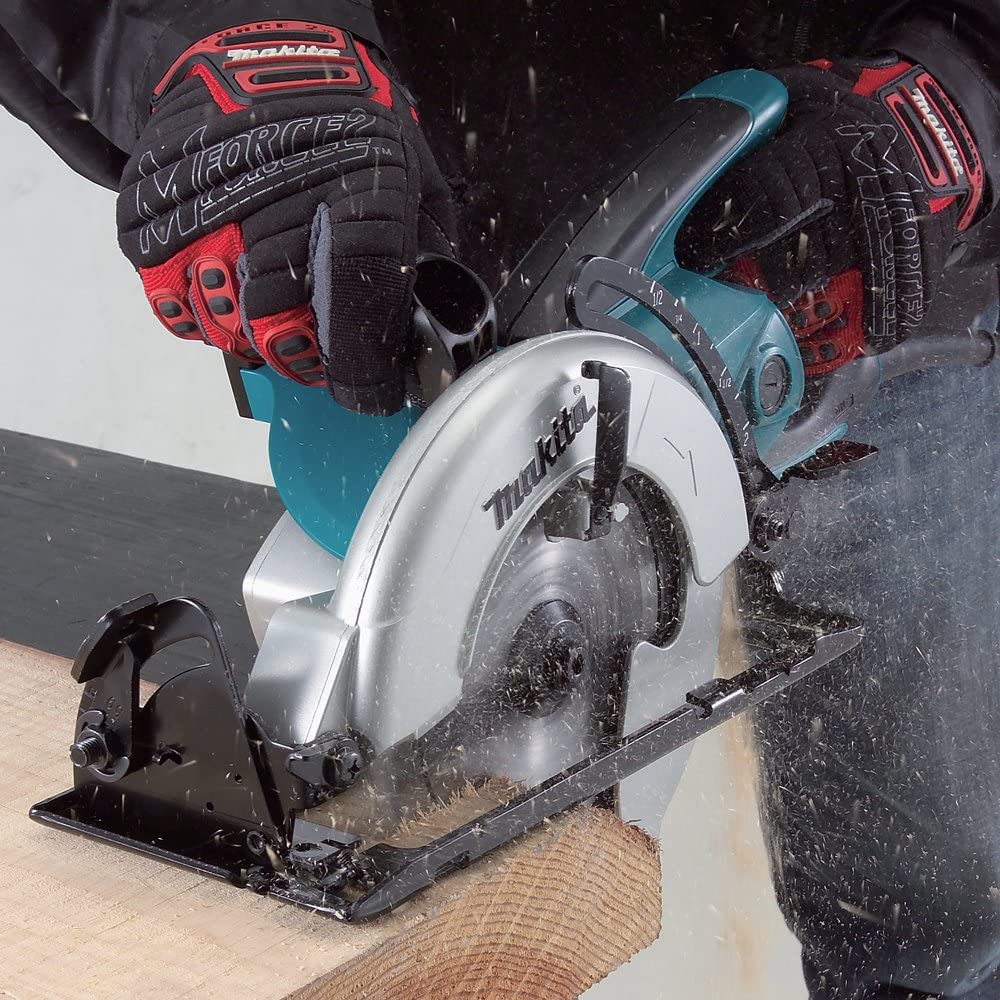 The main advantage of the worm drive mechanism is to make sure that the torque is far higher than many other types of circular saws, resulting in the user having the power necessary to cleanly cut through thick materials such as lumber, concrete, and metal.

Due to the motor being directly behind the blade, this means the body of the saw is far narrower, which means you don't require much free space to cut. You'll be able to cut material in tighter spaces.

What is the Difference Between a Circular Saw and a Worm Drive?

There are three main differences between a standard circular saw and a worm drive counterpart.

Your regular saw has the motor directly beside the blade, which makes the design far bulkier. The motor is also directly connected to the blade. Whereas, on the worm drive, the motor is behind the blade, allowing for a slimmer design. 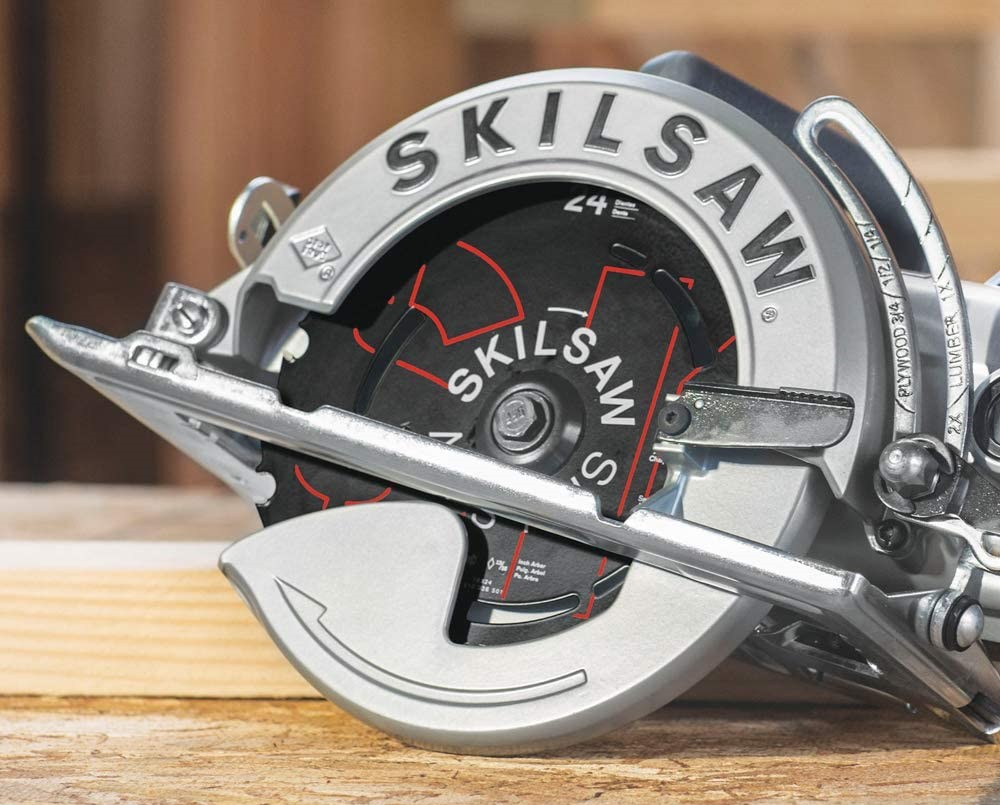 The worm gear is what connects the blade and the motor rather than both connecting to one another. The benefit of a narrow body is that you can cut in tighter spaces.

Using a saw is a job that creates a lot of dirt and can wear your device down if not properly maintained; this would be the case for your standard circular saw.

However, with a worm drive circular saw, you're required to constantly lubricate the blade when cutting to ensure a smooth cut. Your worm drive saw will need general maintenance once every two months compared to the standard circular saws, one every four months.

As discussed previously, your worm drive circular saw can offer speeds of up to 4500 RPM with a high torque rate. It's the torque rate that allows the operator to cut such thick material. 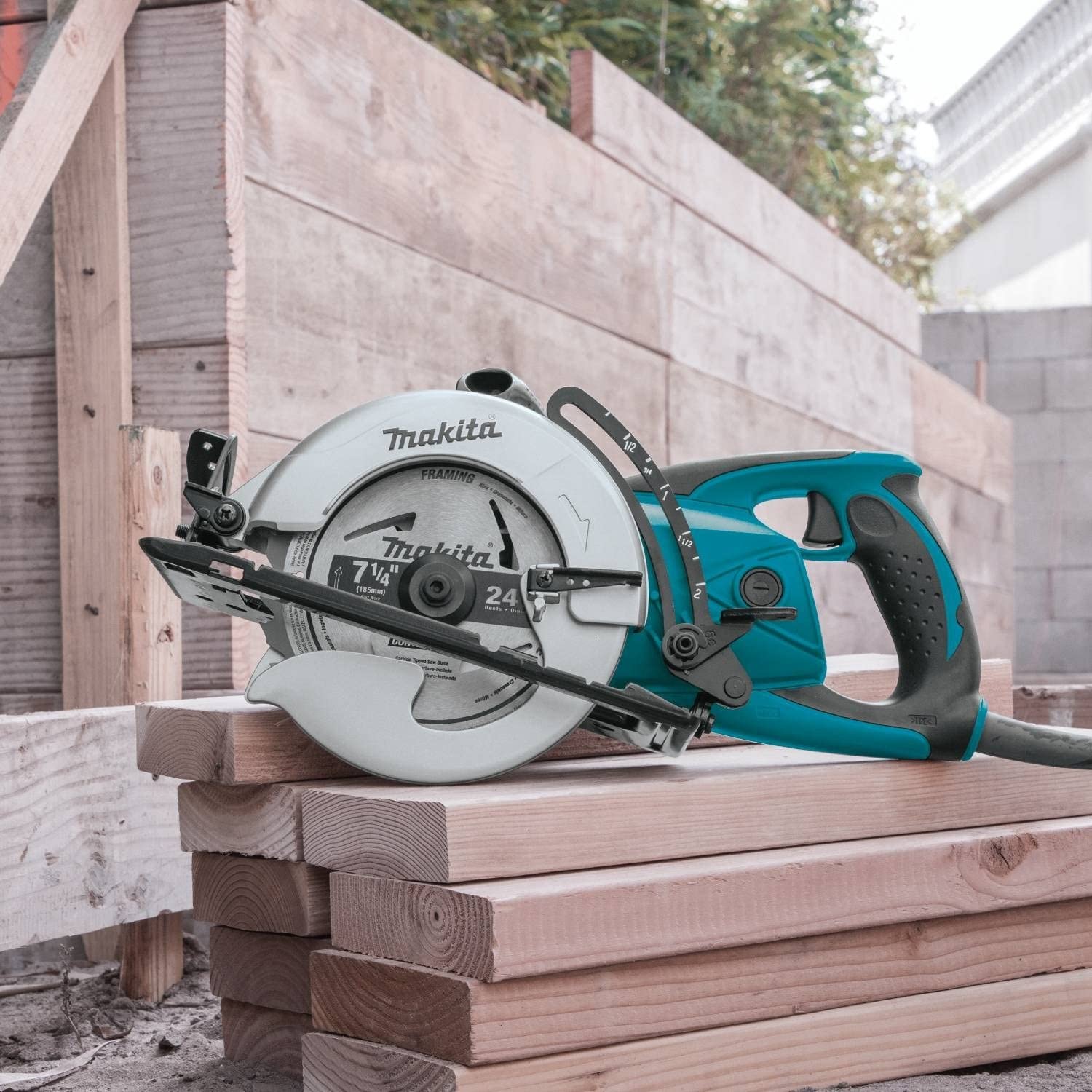 However, due to the design and materials used, your worm drive saw will be much heavier than the standard circular saw. The average speed of your standard saw will be up to 6500 RPM with a lower torque rate, making this type ideal for smaller, DIY tasks.

The worm drive circular saw is a great tool for one simple reason, it can cut thicker materials than its counterparts. The saw is ideal for professionals or those working in an industrial setting that cut thick materials like lumber or concrete.