4 Types of Table Saw Blades – Which Will You Choose?

There are many table saw blades on the market that all have their specialized uses.

Whether that be for ripping or crosscuts, we'll delve into the four most commonly used types of table saw blade and their uses.

Below are the most common types of table saw blades currently on the market.

It can be difficult to understand basic terminology or jargony words, especially in woodworking and carpentry. In the section below, we'll explain the various concepts and words that'll pop up time and time again throughout the article.

Hook Angle - The direction of the blade's teeth.

Crosscut - Cutting across the grain.

Rip Blade - Cutting with the grain.

Kerf - The thickness of the cut

Alternate Top Bevel/Raker (ATB/R) - Suitable for cutting against the grain during crosscuts as they leave smooth, precise cuts.

Triple-Chip Grind (TCG) - Primarily used on composite blades as they're built to cut through brittle materials like plywood, aluminum, and plastic.

Dado Stack Blade - Made to make dado cuts, otherwise known as grooves. You can have either one blade called a wobble dado blade or have two blades called a dado set.

RPM - Revolutions Per Minute, this is the number of turns per minute.

Gullet - The space between each tooth.

As we know, there are four main types of table saw that are commonly used. In the section below, we'll discuss each type in greater detail.

It's always easier to cut along the grain rather than against it, which is exactly what this blade is made to do. They tend to have an assortment of flat teeth (FTG) which are great for removing material. Ripping blades can feature between 10 and 30 FTG. 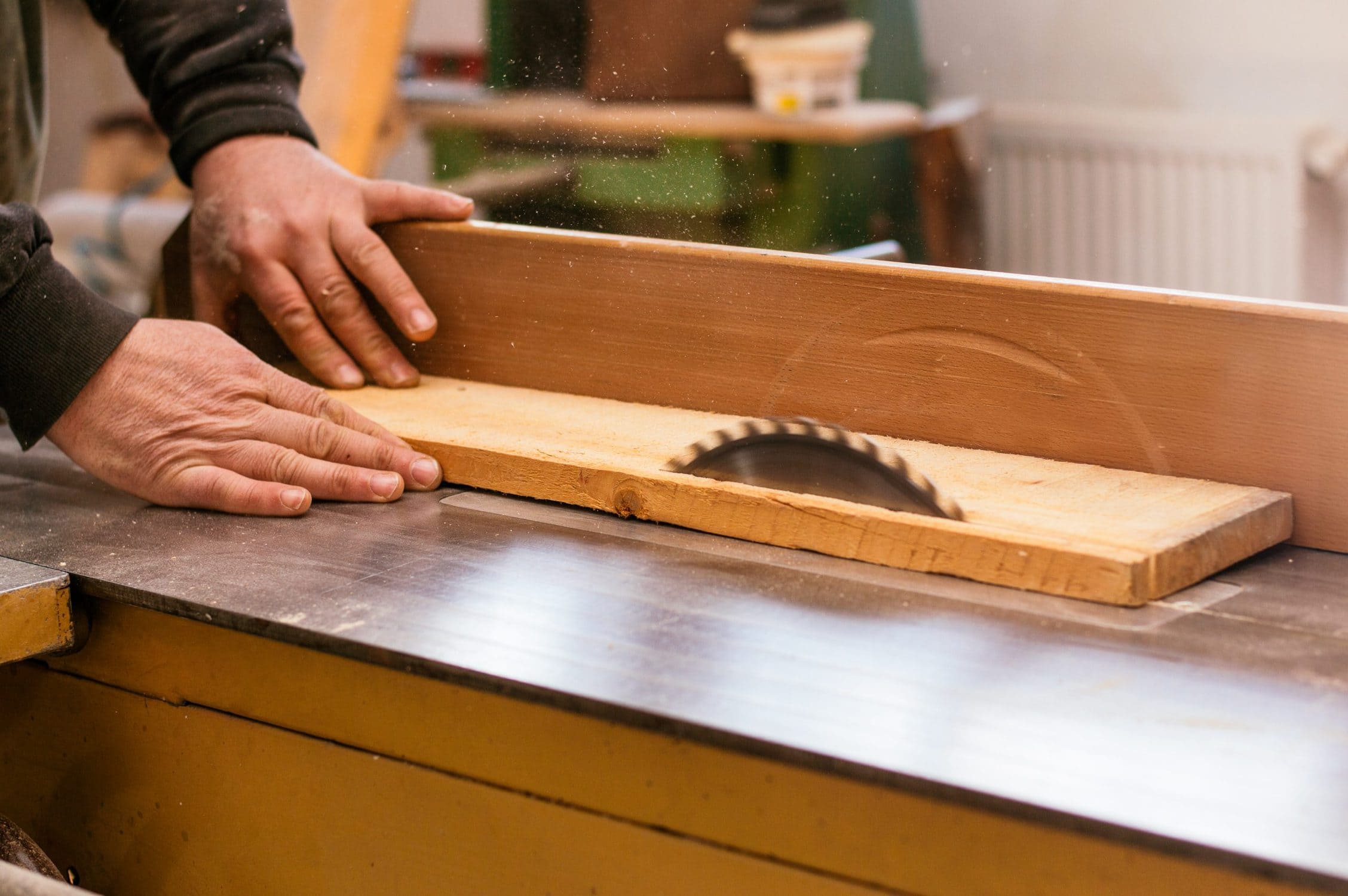 They're not to be used to create a crosscut as they're too aggressive, which produces tear-out. If you needed to cut a piece of wood into two lengthways, then you'd cut through the grain using a ripping blade.

Cutting across the grain can be a difficult task as it creates more tears out when using the wrong blade. However, with a crosscut blade, they're designed to produce a smooth, clean-cut through the grain.

The crosscut blade completes this successfully as they have more teeth than the ripping blade counterpart - usually 60 to 80 teeth per blade. With fewer gullets between each tooth, they remove less material resulting in a cleaner cut. 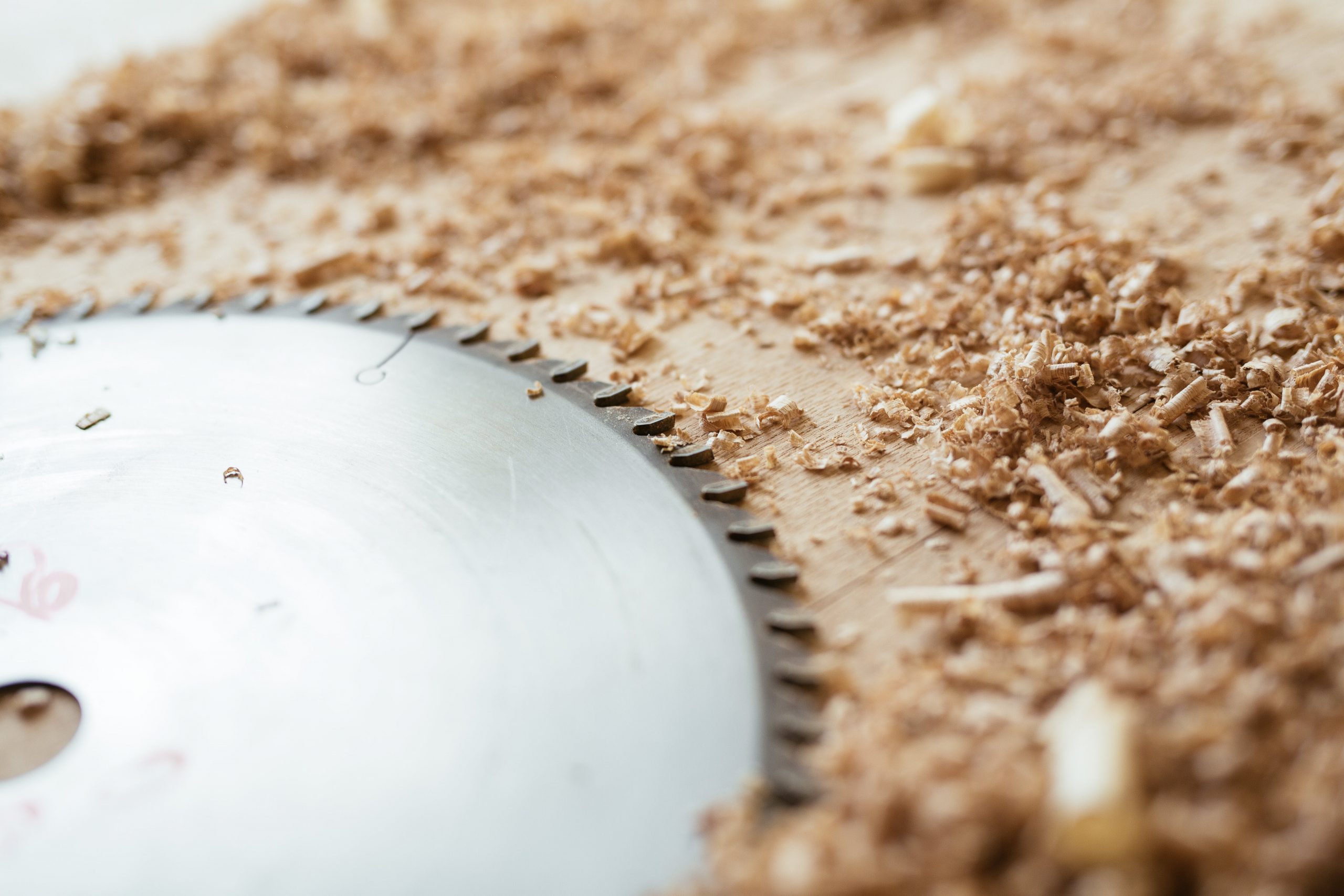 Crosscuts tend to sport an alternate top bevel tooth with a raker; it has a sequence of four ATB-style teeth, while the fifth tooth in the sequence is a flat top.

All five teeth in the sequence are made specifically for crosscuts to reduce tear-out. They're also great for rip cuts and considered a multi-purpose tooth design. This would be considered an ATBR.

Combination blades are quite literally a combination between a crosscut and a ripping blade. The blade attempts to find a middle ground between the two, which means you'll not need to switch out two different blades for different cuts.

These blades have between 40-50 teeth per blade. These types of blades would also go well with an ATBR tooth combination as it's considered a good round tooth sequence.

Most blades mentioned up until this point are only capable of cutting through wood. However, when working with a composite blade, you'll be able to cut through many more materials such as; plywood, MDF, mild steel, aluminum, and plastic. 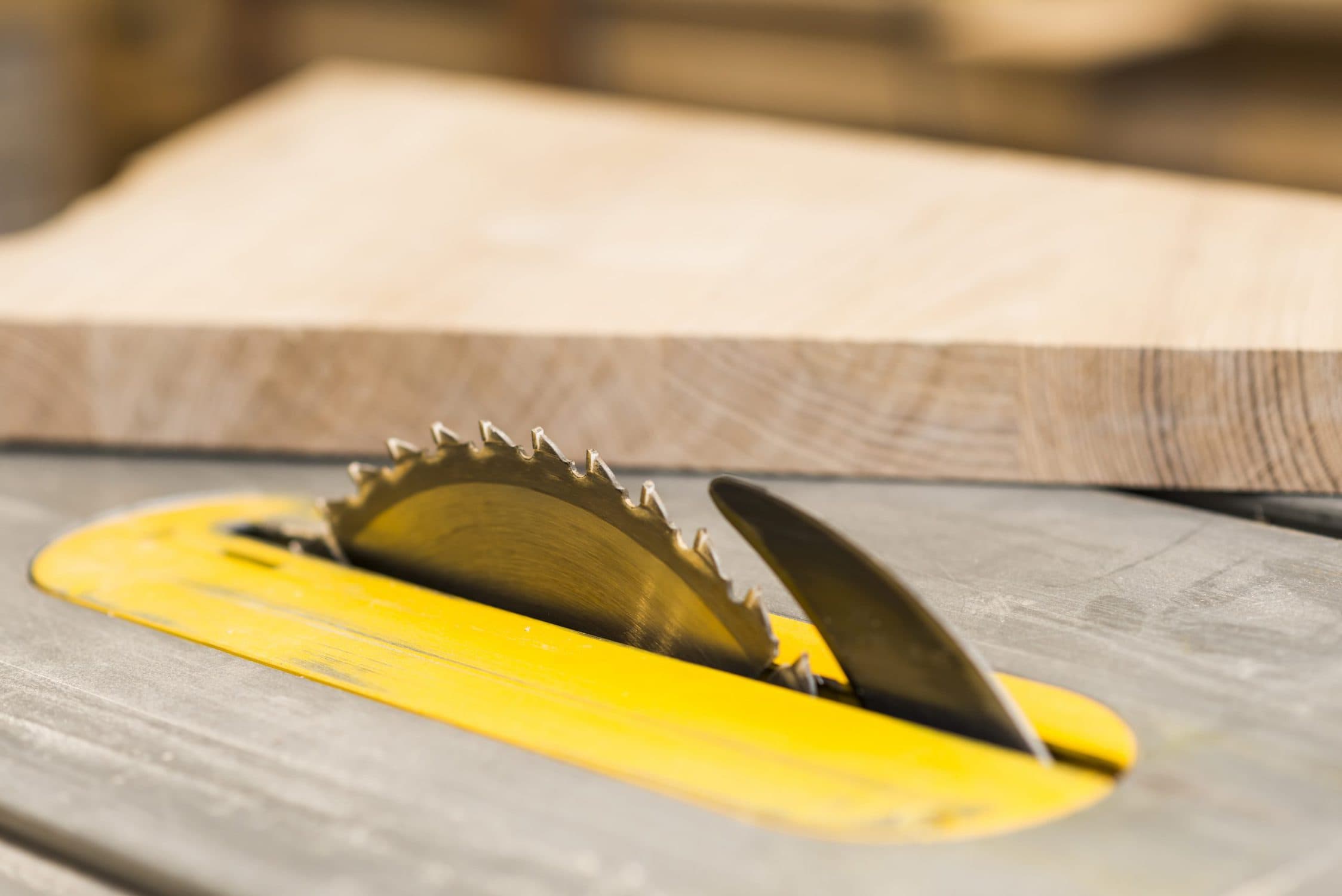 Factors to Consider When Choosing a Table Saw Blade

It can be quite daunting to start researching which blade suits you best, which is why we've done the hard part for you. Below are four factors to consider when choosing your new table saw blade.

It's certain that the type of tooth that features on your blade affects the outcome of the cut you make. The main types of teeth are:

The kerf of your blade refers to the thickness of the cut it makes. When you have a full kerf, this measures to ⅛-inch of carbide blade thickness. If you're looking to remove larger quantities of material, you'd require a full kerf as they're more durable.

The Number Of Teeth

The number of teeth affects the rate at which your blade cuts the material as well as the quality of the cut.

With more teeth, the cleaner the cut because there are fewer spaces between each tooth. The space between each tooth is referred to as the gullet. This is the space that removes the material. The larger space (gullet), the more material that can be removed. 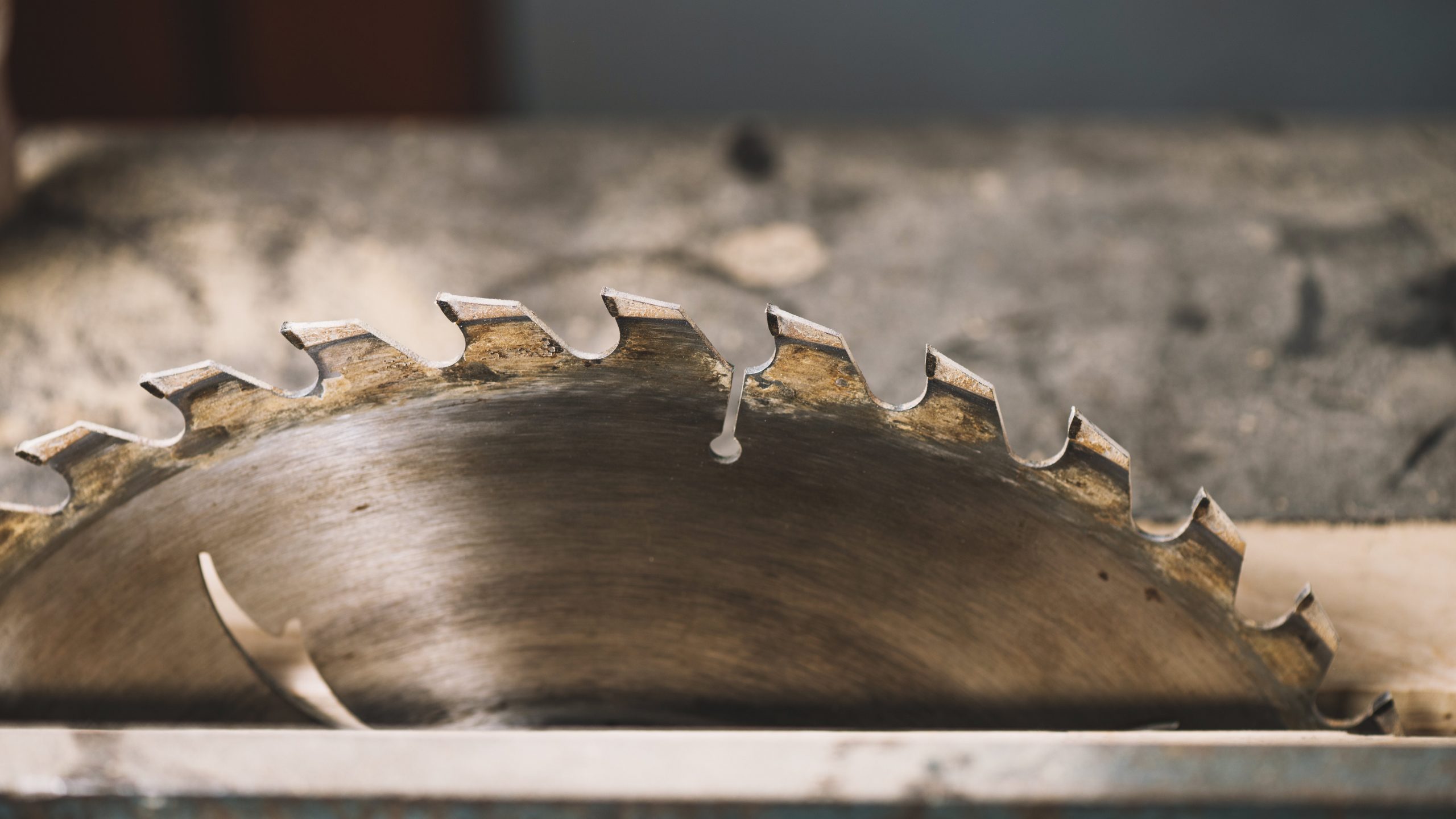 So, if you have a blade that has 60 teeth, the gullet between each tooth won't be large, therefore giving you a smoother and more precise cut. Whereas, if you want to remove material, the fewer teeth and larger gullet space, the more material you'll remove.

How Fast Can Your Blade Survive?

The RPM of your blade is important as the larger the diameter of your blade, the slower it'll be. It's important to understand the maximum RPM of your blades; if you place a blade that can withstand 2000 RPM and increase the speed of your table saw to 3000 RPM, the chances of that blade shattering due to centrifugal force is significantly higher.

Whether you're ripping a piece of wood or wanting a blade that does both, there's a blade built for you. We've mentioned only a few blade types, but there are many more than this. Now that you have a foundation feel free to research some more.