What is a Table Saw Used For?

In this section, we’ll explain the many cuts that can be made using a table saw in detail. These cuts are used to make a whole range of furniture and household objects.

Below is a list of the various cuts that can be made using your table saw:

Dado cuts are commonly used in furniture making and general carpentry. You create a dado cut by cutting across the grain, this is similar to a groove, but grooves are cut with the grain rather than across. You’ll need to purchase a dado blade kit to make this cut. 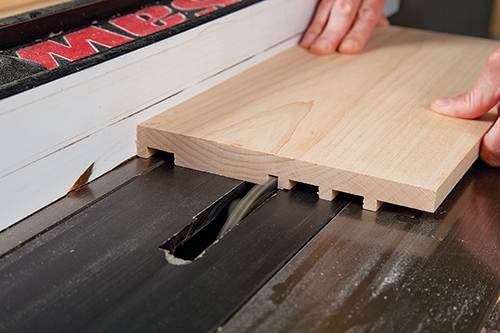 The set consists of either one thick blade which automatically adjusts itself or multiple thinner blades stacked together. If you purchase a set with multiple dado blades, you can increase or decrease the cut's thickness by adding or removing blades.

Rabbet cuts are made to connect two pieces of wood; they connect well with a dado joint. You can also use a dado blade to make this cut. To make a rabbet cut, you just cut a groove across the edges you’d like to connect. 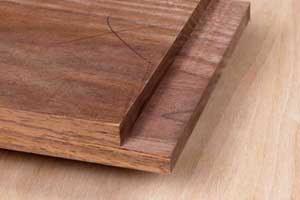 Beveled cuts are simply put, angled cuts at the edges of your workpiece. Many beginners mix a bevel and miter cut as they’re fairly similar.

The main difference is that a bevel cut runs along with the workpiece's thickness (vertical). In contrast, the miter cut would be the width (horizontal) of the wood.

Bevels are great for making workpieces more aesthetically pleasing and safety and general joinery to other workpieces.

Long ripping cuts are fairly easy to do as you have more space to place your hands; a cabinet saw is usually best for longer cuts like this. 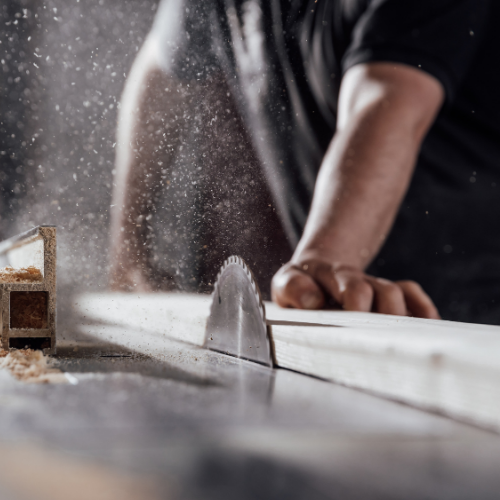 Table saws are used to complete a whole range of different cuts, from a casual rip cut all the way to bevels or dado cuts. In the article below, we’ll explain the various cuts you can make with your table saw.

Ripping is just the act of cutting a piece of wood in the direction of the grain. Short ripping cuts are more dangerous as your hands are closer to the blade when cutting up smaller pieces of wood.

As we had mentioned earlier, miter cuts can be easily confused with a bevel cut. To make this cut, you make an angled cut along the face of the wood.

Some table saws have a miter gauge installed to make it easier for you. You can make a few products such as picture frames, door frames, window frames, and even boxes with this joint.

The cuts we’ve mentioned above are the most common cuts that a table saw is used to create. If you’re starting in carpentry, you’ll soon be using each of these cuts while working on your projects.